A little bit about us 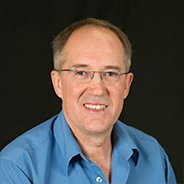 Marvin has an extensive career with 30+ years in the oil and gas industry, including more than 16 years in the Drilling & Completions and Operations and Pipeline divisions of Amoco Canada (now BP Canada). Marvin completed his instrumentation technology training at SAIT and NAIT and obtained provincial and federal accreditation. He spent four years working in the instrumentation trade before moving into a TPM (total productive maintenance) role with BP Chemicals, then returned to terminal construction, operation and logistics. From 1988 to 1993 and 2004 to present Marvin has loaded more than 3,000 rail cars and offloaded over 1,800, designed or assisted in the design of 21 terminals, converted eight terminals to load crude, and he and his team have trained and started 15 crude terminals since 2010. Marvin’s skills in the design, construction and operation of terminals and transloading facilities, measurement, safety and the intricacies of crude oil on rail continue to be in high demand.

Working in the Product-by-Rail Industry since 1988.

Marvin is one of few leading experts in the industry of transferring product to rail. 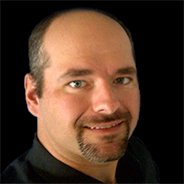 Rob has 13+ years in the oil/gas sector, working for companies such as RailServe, BP, Innovene, Ineos.  With experience in operations and logistics of loading and unloading facilities, he has helped set up rail terminals across Canada.  Rob has vast knowledge of how a rail terminal should operate and keeps current on safety and efficiency standards.

Working in the Product-by-Rail Industry since 2001.

Rob’s understanding and operational background is key in his ability to help rail terminals operate efficiently and safely.

Brandt has been in the rail terminal business for the past 10 years, working mostly alongside his father designing, training, commissioning, identifying and modifying operating deficiencies. His main focus over the past five years has been assisting customers start up new terminals and helping to support them through the development of innovative systems and processes to improve the quality of measurement, the safety of the operators and reduce product loss within the industry. Brandt has been a part of 18 terminal startups of crude oil, LPG and NGL terminals since 2011 across western Canada.

Working in the Product-by-Rail Industry since 2004. 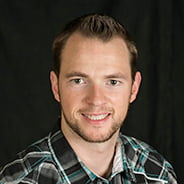 Kerzdenn has been working in the rail terminal business since 2009. Starting off with boots on the ground he has experienced the industry from the terminal site up. Conducting various training and commissioning rail terminals has helped him in his new role of designing and building high efficiency terminals. Kerzdenn has assisted in the start up of 18+ terminals of crude oil, LPG and NGL since 2011. He brings the expertise of design/media/technology to the industry with original transloading training material, drone areal visual services and technology that has increased safety and efficiency in the product by rail industry.

Working in the Product-by-Rail Industry since 2009.

Kerzdenn’s Operations and IT background help him keep the company on the cutting edge with technology.